Picture 2: First Methodist Church has gone through a number of developmental phases. There was a long period before the Civil War when the congregation was not "Churched" and met in open field, court houses, school buildings, private homes and such places as it could. Then in 1883, thanks to a bequest of land from the heirs of Samuel Davidson, the congregation was able to construct Prestonsburg's first permanent Church building on a lot across from Turner Technologies.

Picture 3: In 1916, a great revival swept through the Church, and ground was broken for a new Church which became our present sanctuary.

Picture 4: The First World War, the Spanish Flu Pandemic, and material scarcity prevented the completion of the structure until April of 1919.

In 1952, the Church was overflowing with children; so the education wing was constructed on an industrial design drawn by local architect George Shannon.

Picture 5-6: In 1988, the congregation made a bold move to construct a Family Life Center to provide a venue in which all of family life might take place within the protection of the Church. This was completed in 1991.

Picture 7: In 1937, Josie Davidson approached the minister of the church and suggested that we should dig the box from the cornerstone of the church and open it. Very wisely, the minister said that would not be possible and instead suggested that an alternative box should be built that could be opened periodically. Accordingly, the church's memory box was built from the original church's alter rails (1883--1920 across from Turner Technology) and materials were sealed in the box for the future. In 2008, the box was unsealed for the first time in 50 years in conjunction with the 125th anniversary of the Anniversary of the completion of our first building. The first picture is a group picture of the congregational celebrants.

Picture 9: Nancy Webb, lifting the lid of the memory box.

Picture 10: New items placed in the memory box to be sealed. 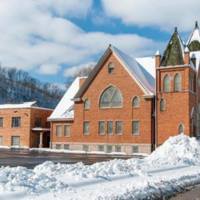 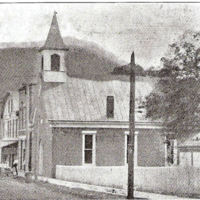 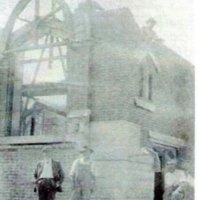 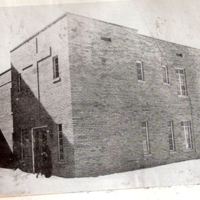 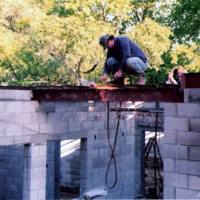 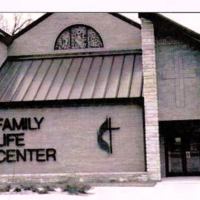 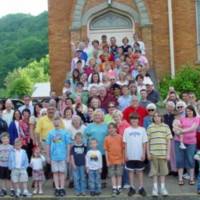 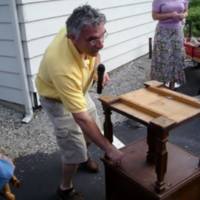 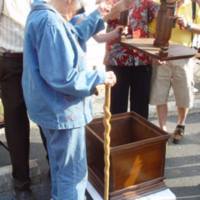 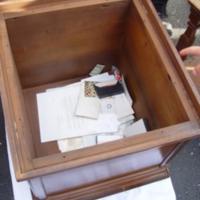